On Hamad Al Mubarak Street in the Al Samiya District of Kuwait City, the Samiyah Theater provides a distinguished presence along one of the areas most heavily trafficked streets, in front of the Salmiyah Telecom Tower. Commissioned by the National Council for Culture, Arts and Letters, the 784 seat facility for drama and the performing arts is the first of its kind and size in Kuwait since the late 1960s. Even though it was built on a very tight budget, the theater is designed to reflect the significance of its site and use, while expressing affinity for the architecture of performance in the city.
The site, at two and a half thousand meters square, is flat and compact. The building is a monumental cube, enclosed in modular concrete panels, whose textured surface gives a sense of age and permanence. At the front, the facade is a continuous glass curtain wall, whose embedded micropixels allow projection of images and video at night and a clear, intriguing view into the building interior by day.
The theater space is enclosed in curved wood, a symbolic representation of the dynamic nature of acting and drama, contrasting with the constrained, hard-edged nature of the concrete enclosure, which symbolizes the outside world .
The public spaces are formed by the transitions and gaps between these two materials, so the sinuous ramps and stairs in wood peel away from the central volume, contrasting dynamic architectural experiences in warm material against a flat backdrop of concrete.
Along the southwestern side of the building, offices and service functions are gathered together, separated from the rest of the facility by a full-height, skylit axial corridor at whose upper level a single interior bridge connects office and theater spaces with a dramatic view.
The theater space is designed in collaboration with Sandy Brown Acoustical Engineers. Seats sweep up parabolically to maximize lines of site, even as they form a horseshoe in plan to enhance the sense of mutual perception amongst the audience. Striated wooden panels and louvered balcony fronts complement acoustically designed ceiling panels on which patterned light can be projected.
Outside the building, an amphitheater of several steps creates a casual seating area where visitors can view performances projected onto the front curtain wall and enjoy food from a portable stand. 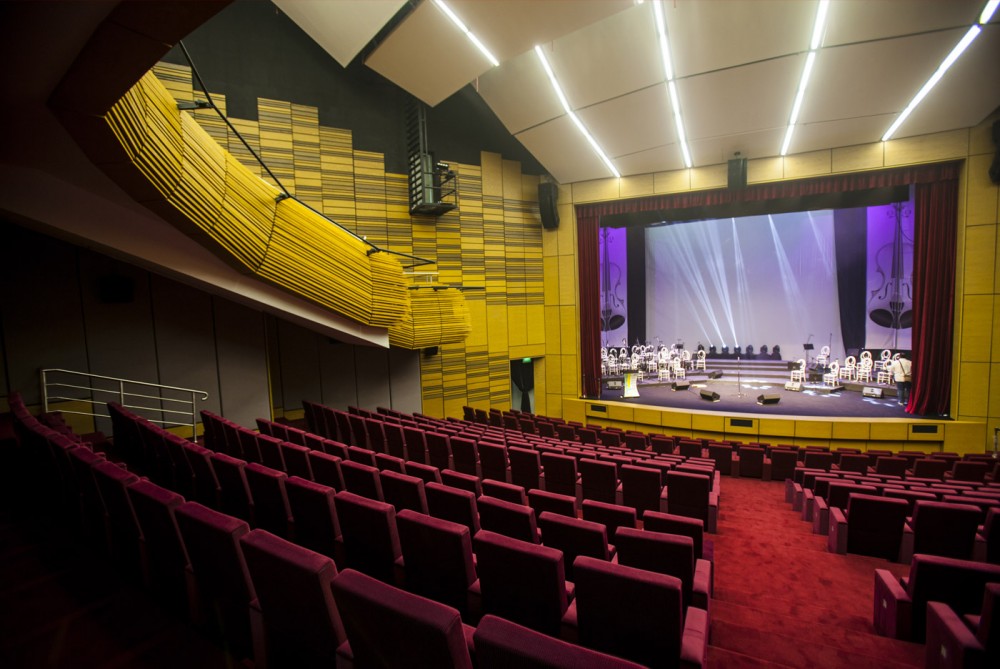 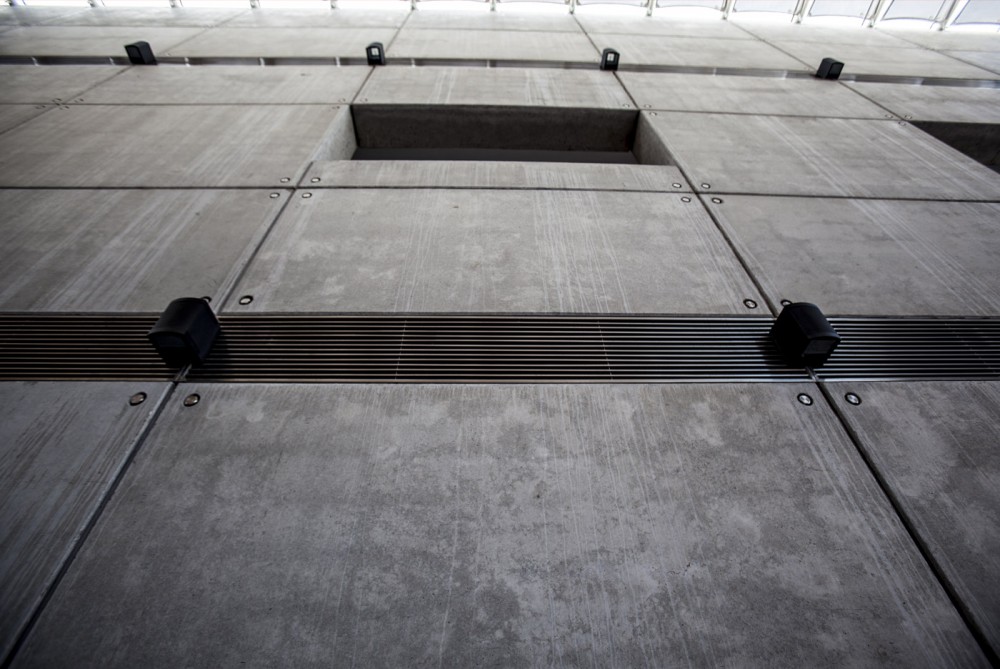 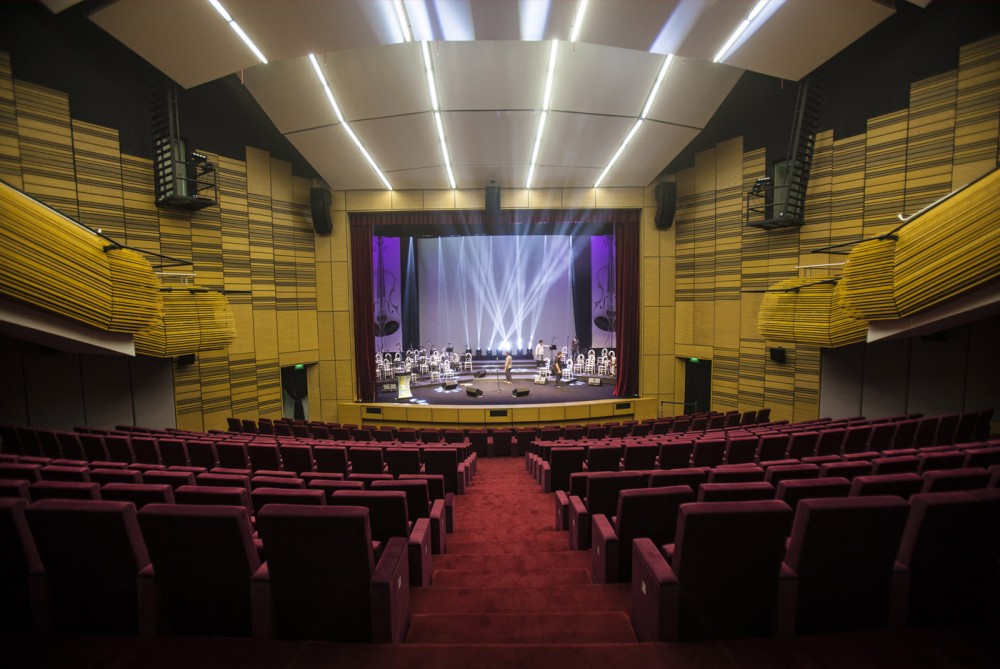 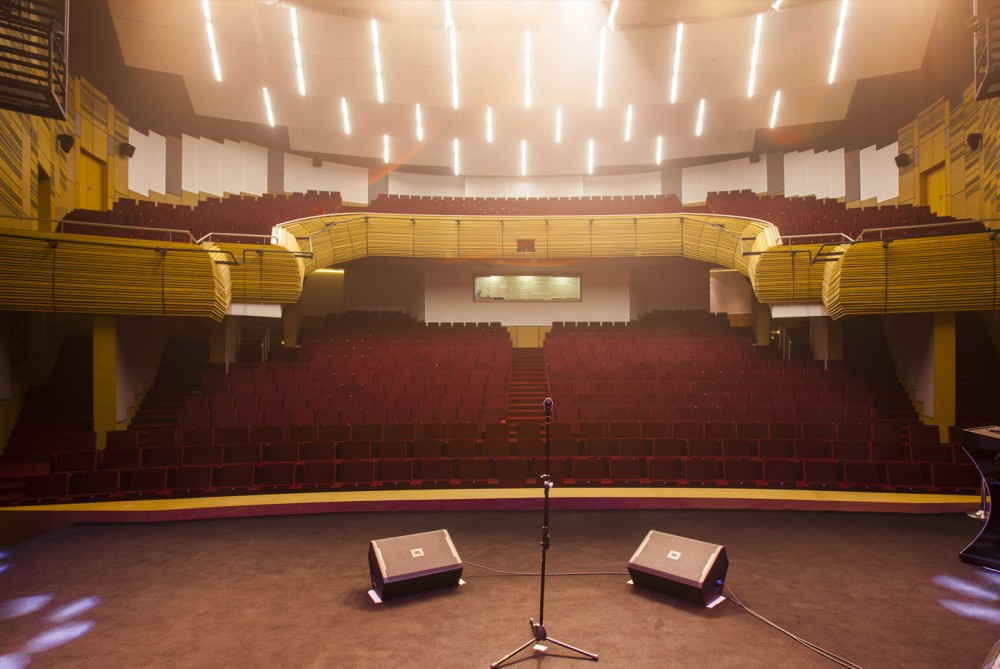 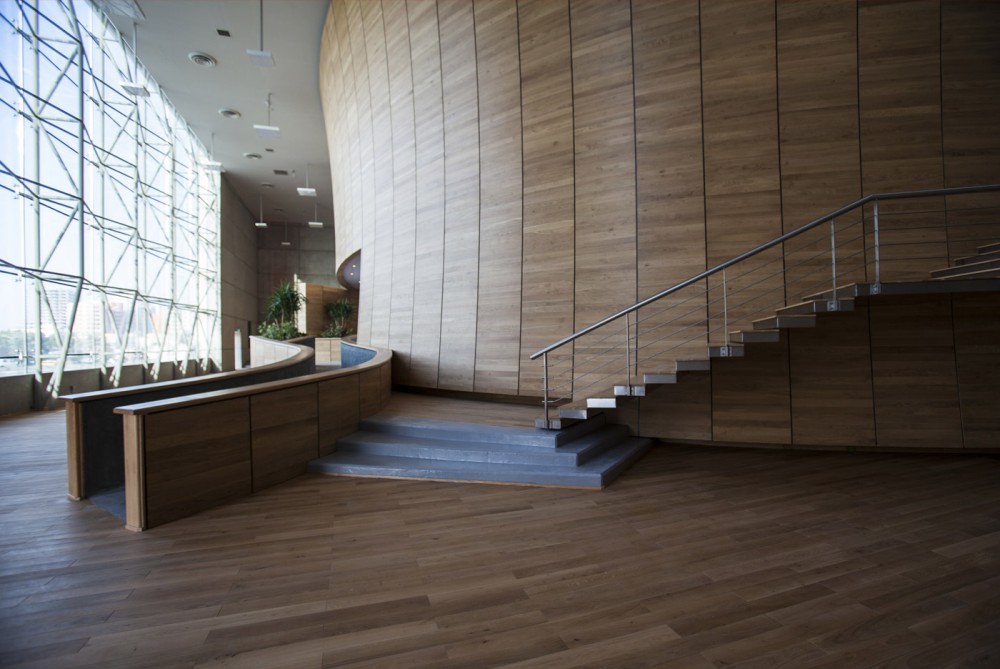 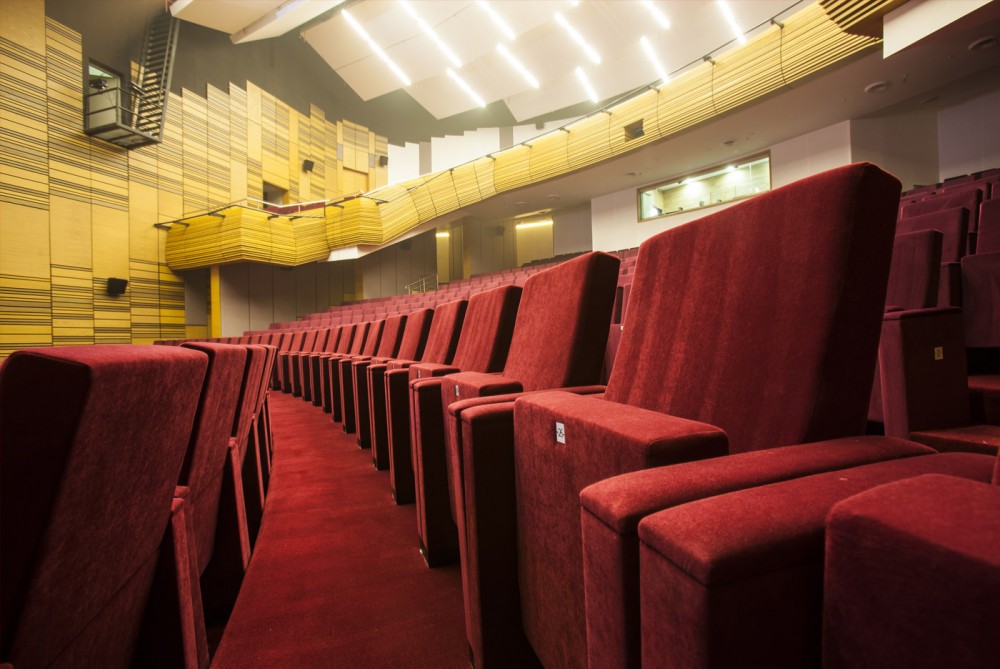 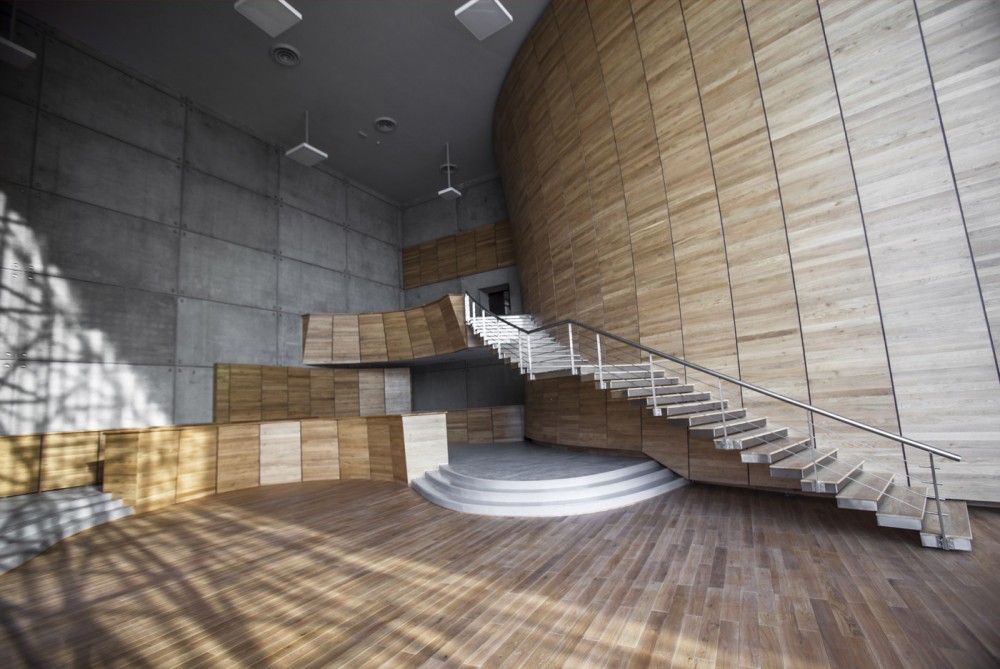 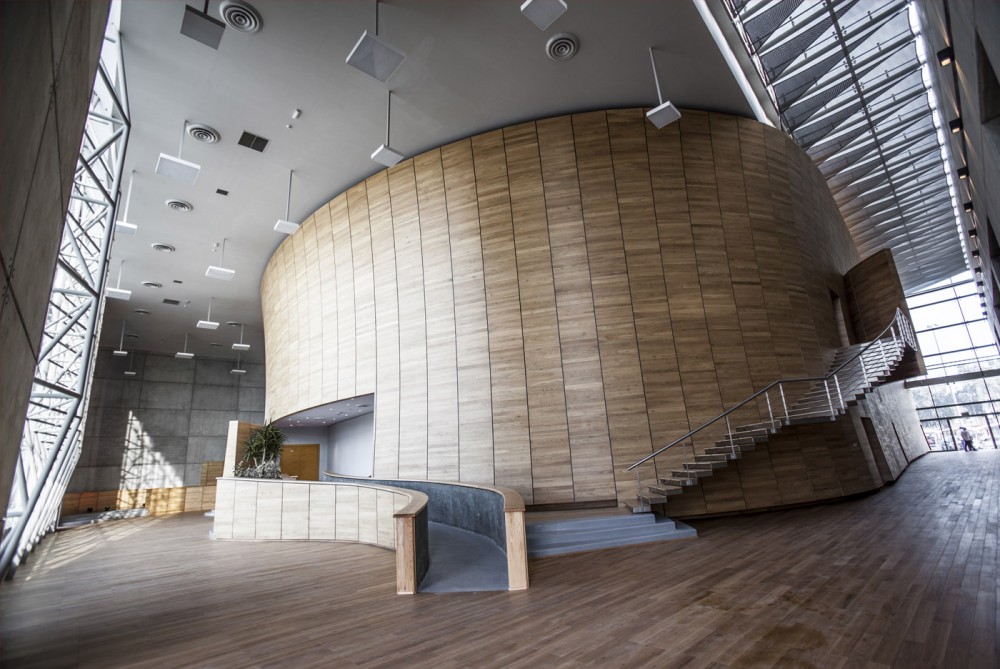 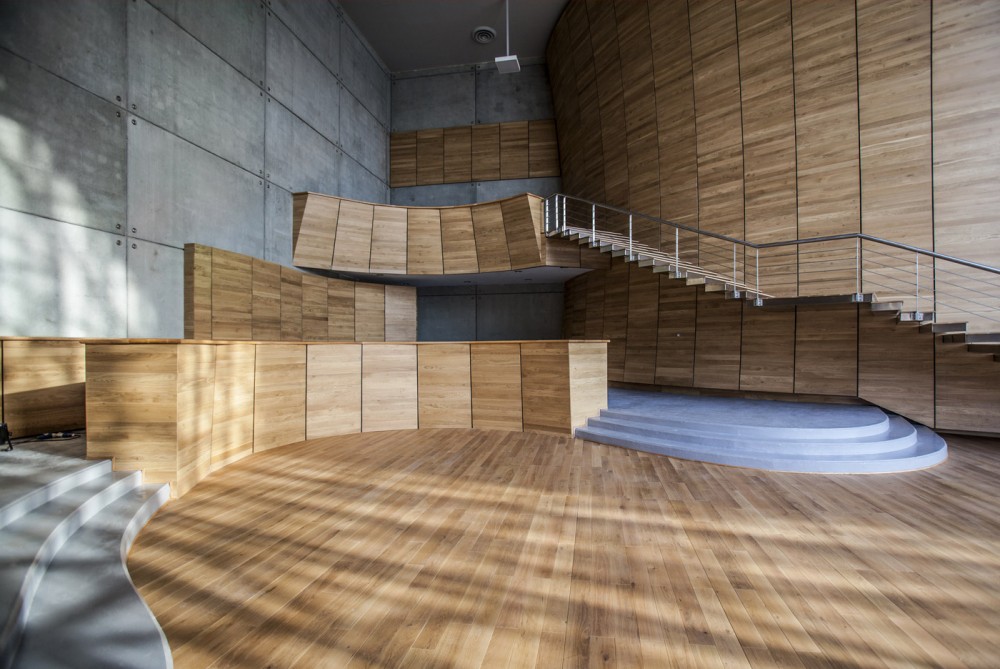 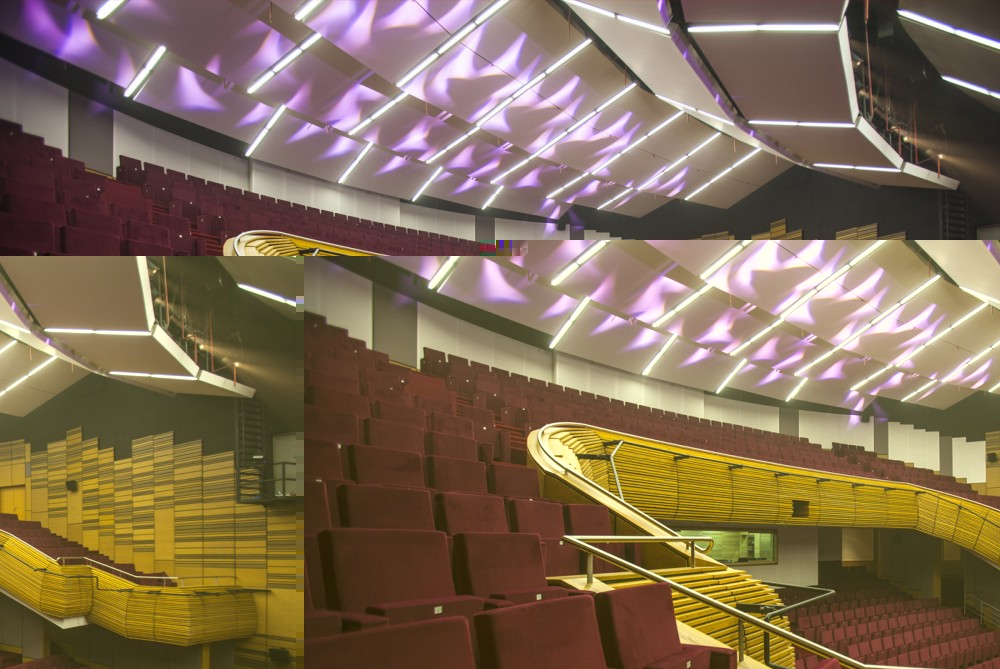 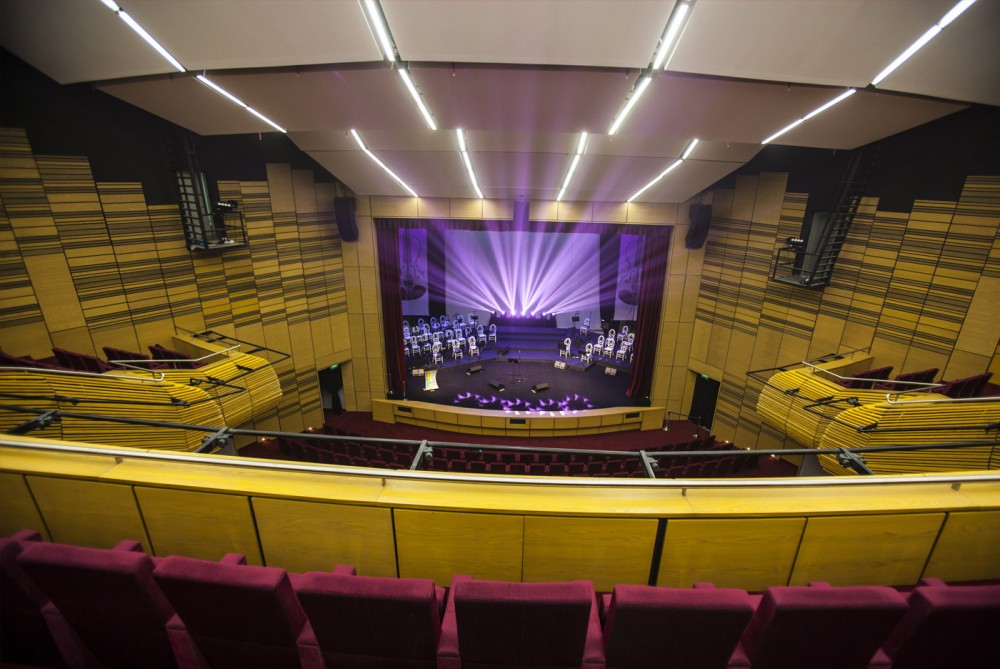 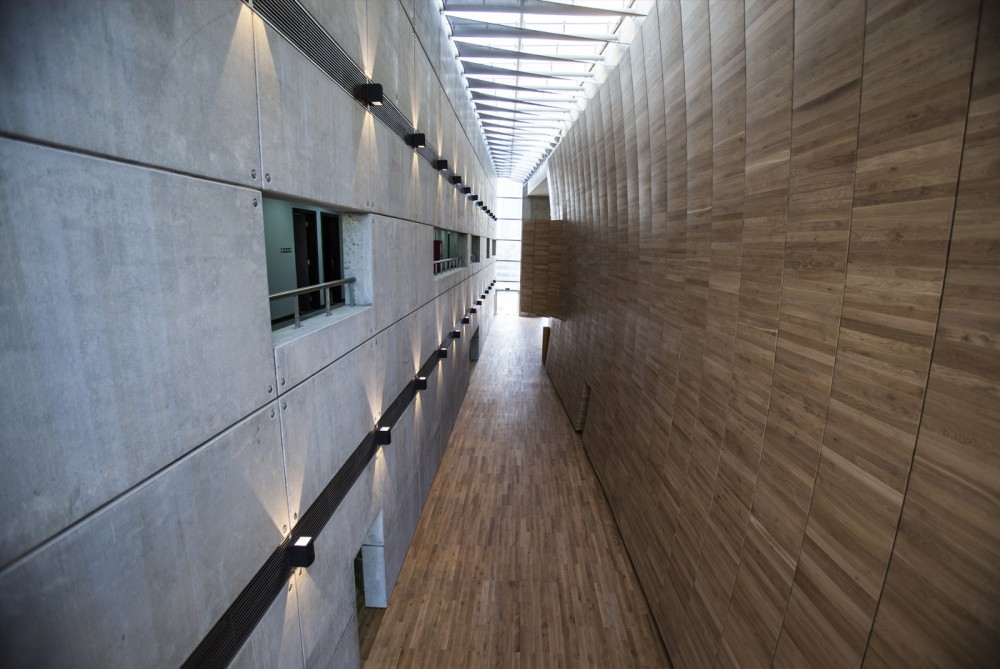 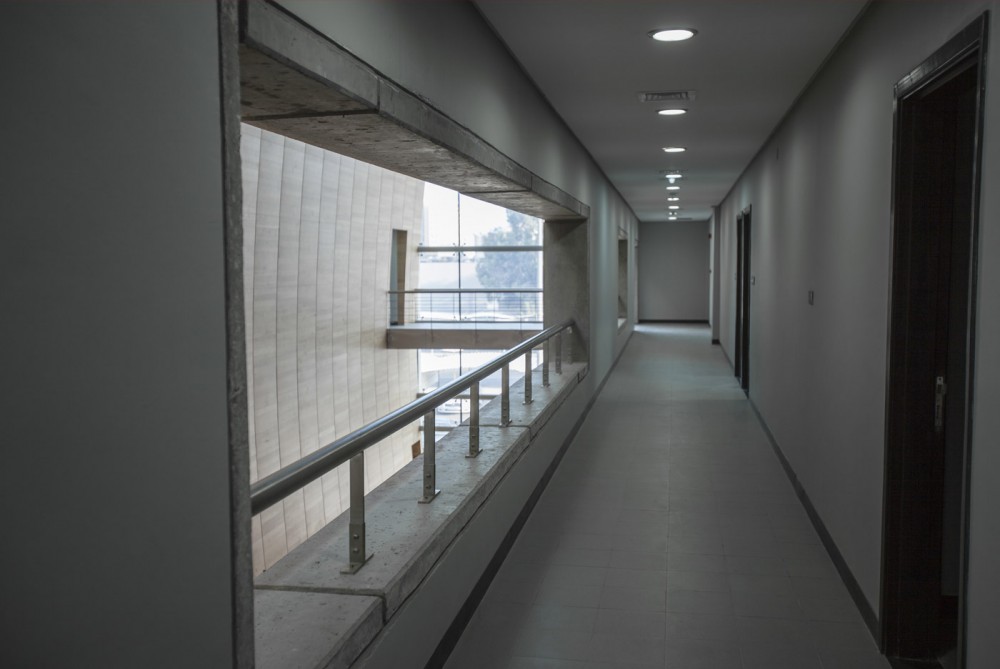 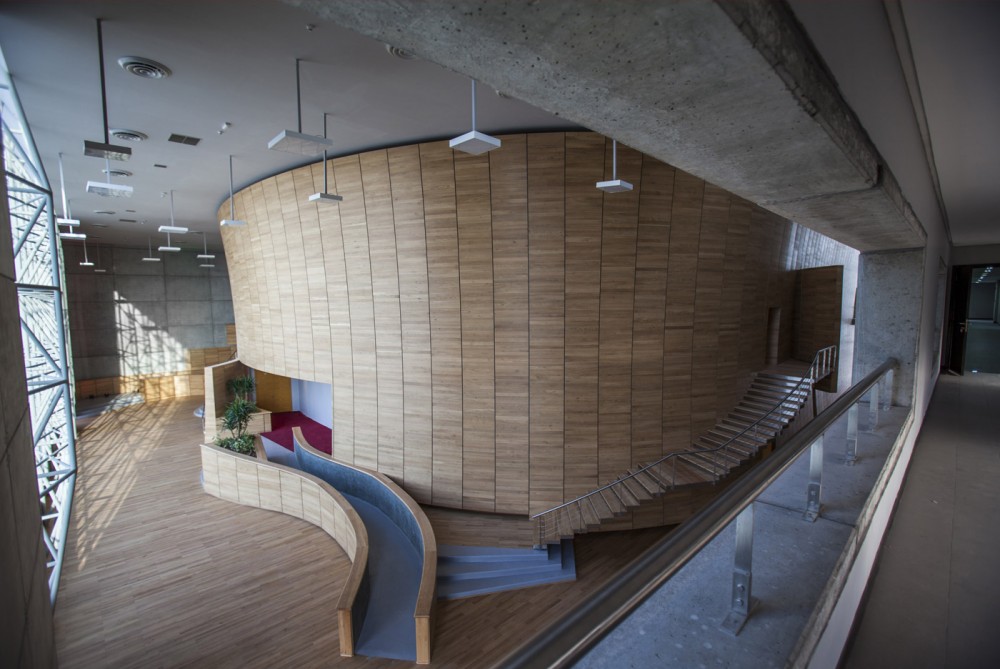 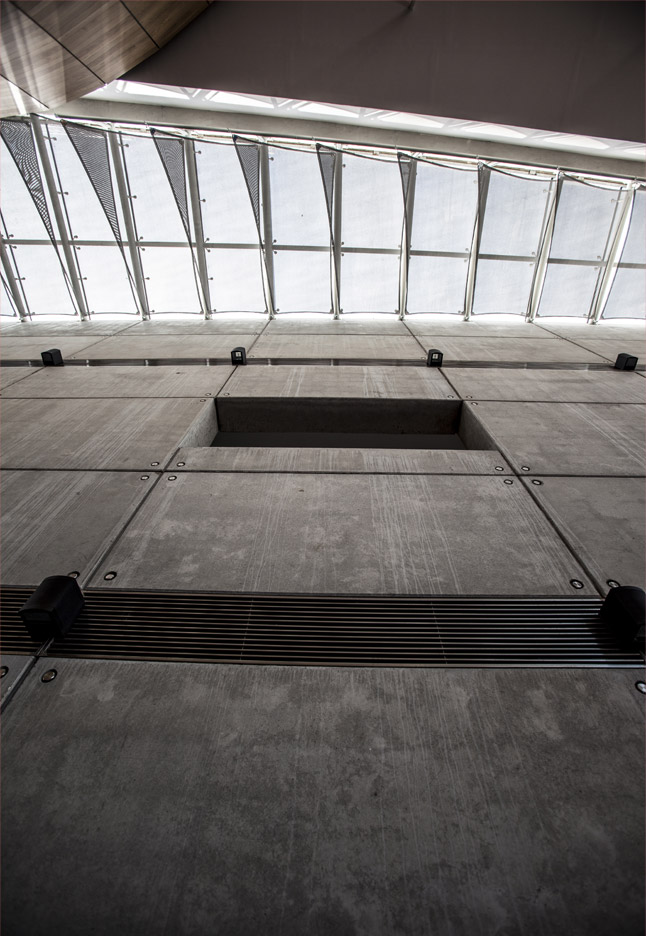 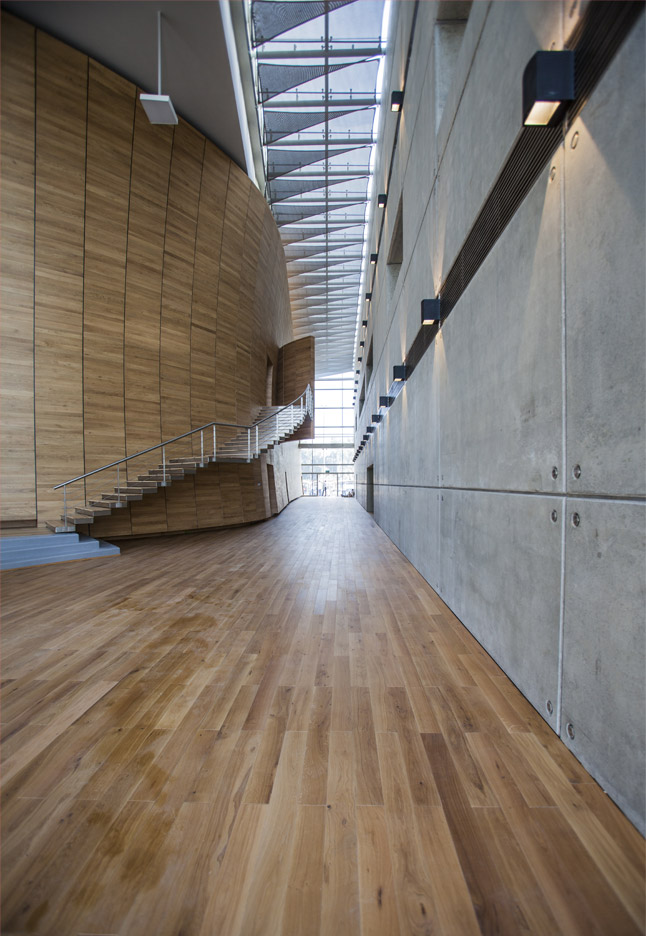 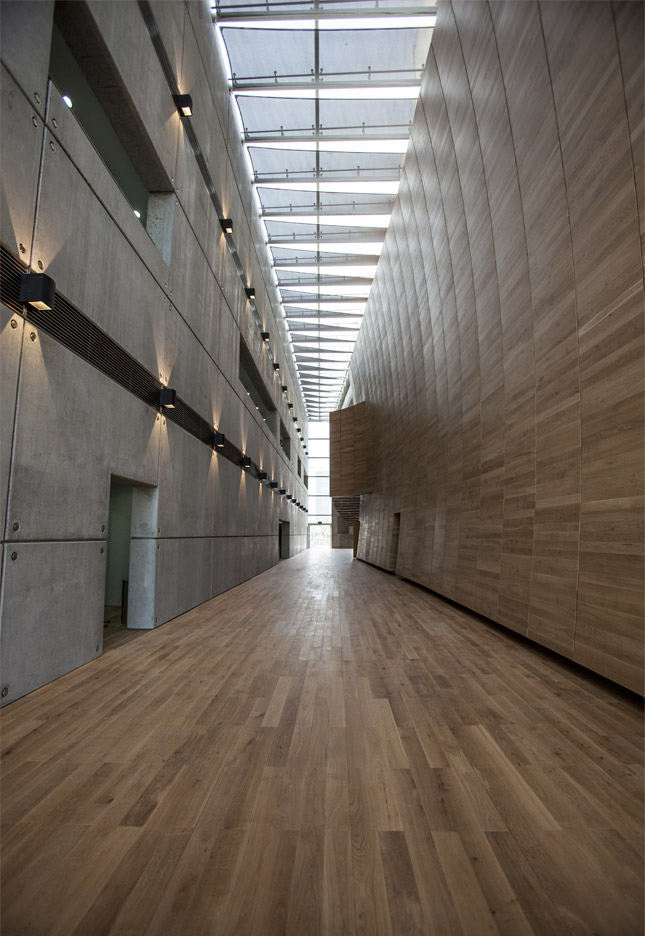 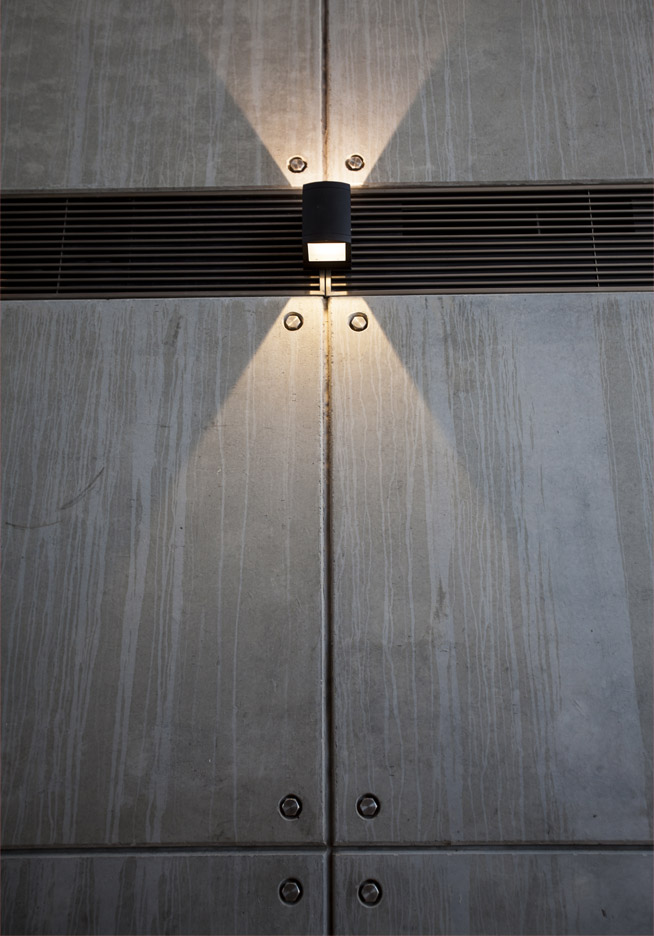