Kuwait is a nation originally built from maritime activity, with sailing, fishing, and pearl diving as traditional pursuits. Though this is a government commission to celebrate that history, the project was built on a very tight budget of around $400,000. To conserve resources, the client chose a former athletic hall at the nations first girls school to be adapted for use as an exhibition space, with displays to be designed after the reconstruction of the building. The site is in downtown Kuwait City, suitably close to the water.
The design concept mixes a spare and functional modern style that generally suits the modest nature of early seafaring culture with other details and references that relate to ships and sailing more directly. Architectural services for this project also included a substantial amount of hands-on construction.
Inside the building, the organizational scheme for the museum called for a platform to be constructed around the inner building perimeter, connecting opposite corners to make the best use of space. As the design evolved, this pointed and curving configuration took the form of a ship, reinforcing the overall theme for visitors in a delightful way. The platform is wood, in which slightly loose fitting planks further evoke naval construction in tactile and acoustic qualities. The concrete floor is coated with a layer of epoxy, to give a glistening, watery surface. Custom details such as door handles in nautical rope continue the specifically nautical theme.
Certain display walls in the museum are thin sheets of wood, evenly perforated with 1 centimeter holes every 2 centimeters. These create a wave-like effect of light through overlapping screens in a more abstract evocation of the sea. At a practical level, the perforated walls facilitate hanging of simple hooks to showcase changing displays. Other details, such as flexing tubes for electrical conduit at the base of existing metal columns, are straightforwardly functional in their implementation.
The Maritime Center has become a popular and well-regarded tourist destination in downtown Kuwait. 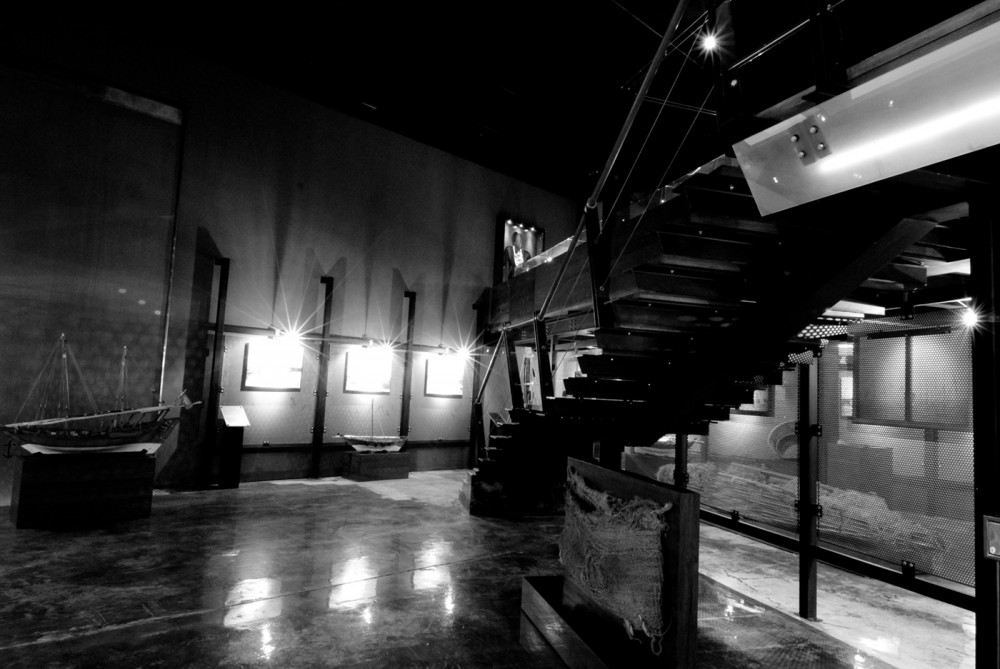 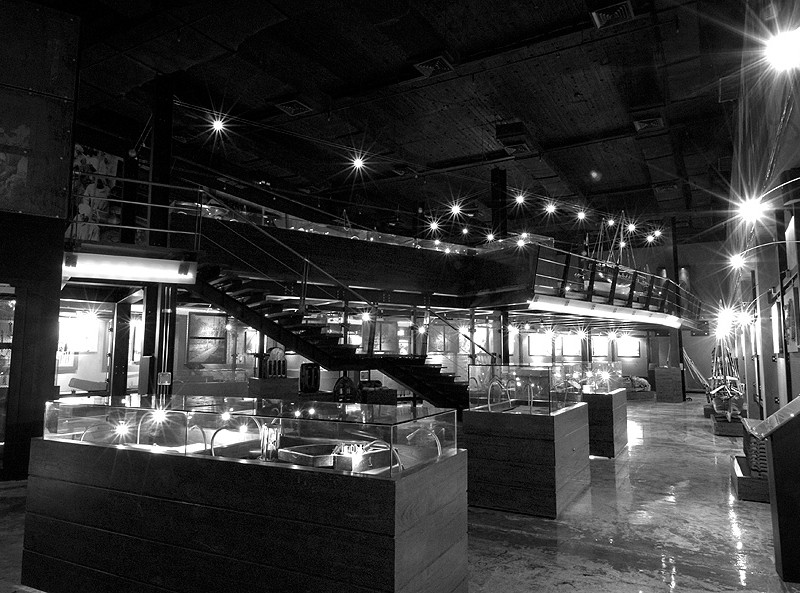 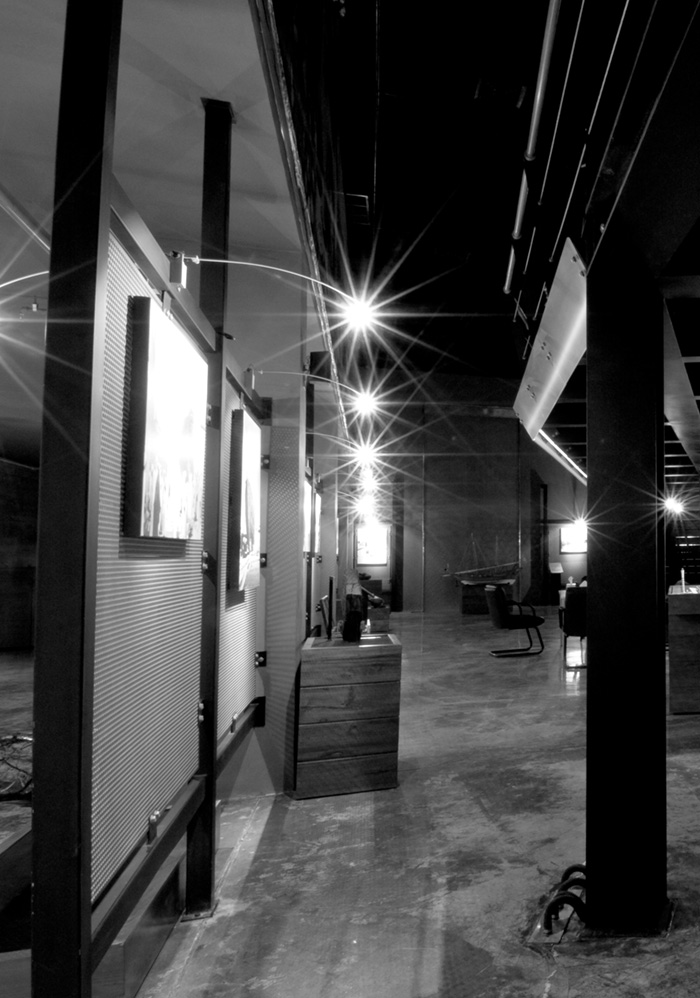 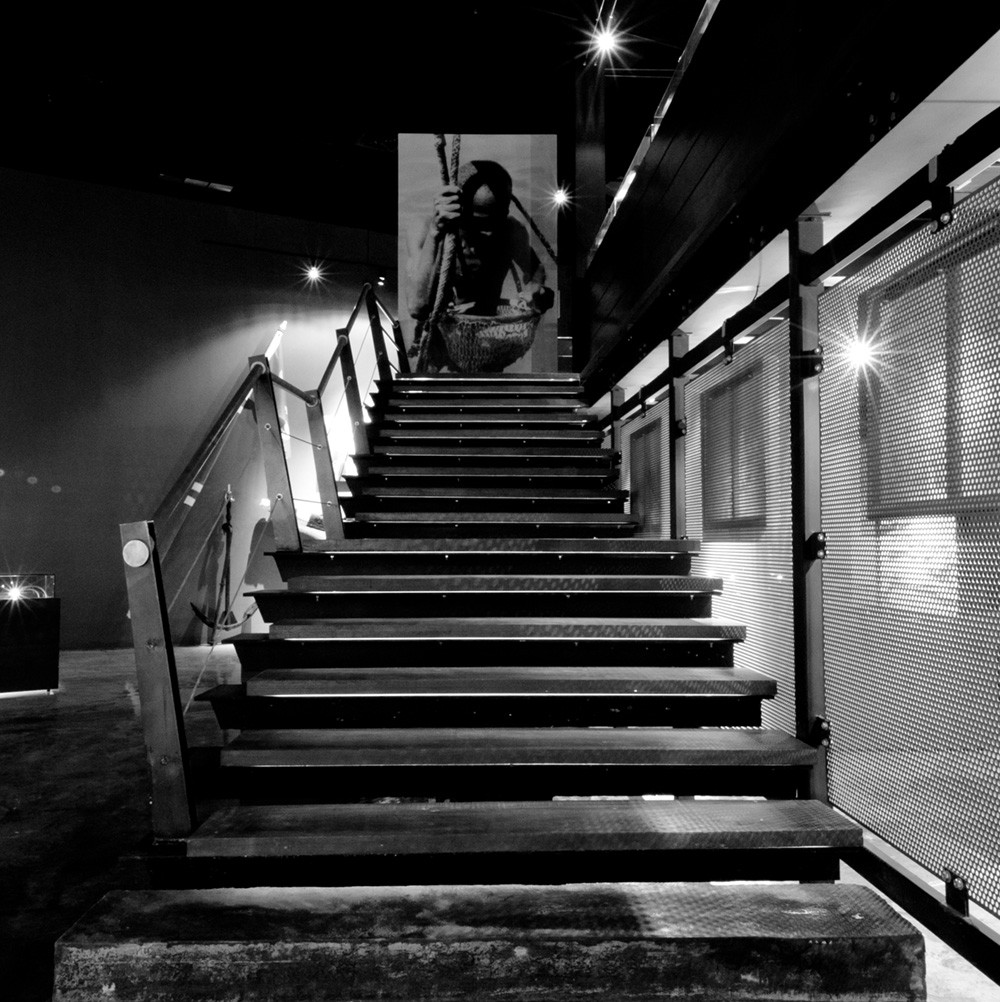 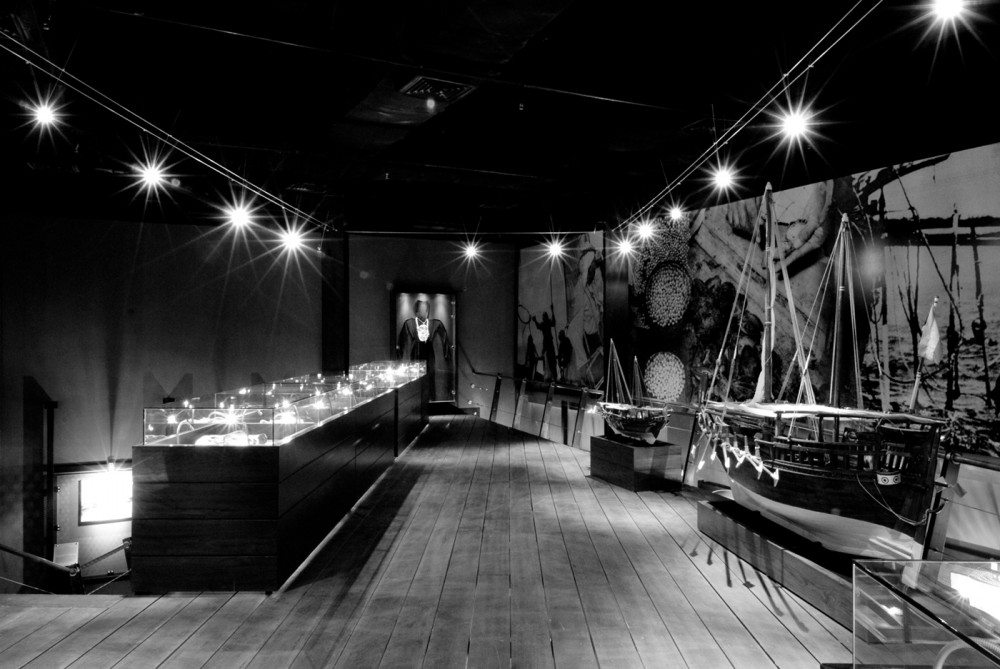 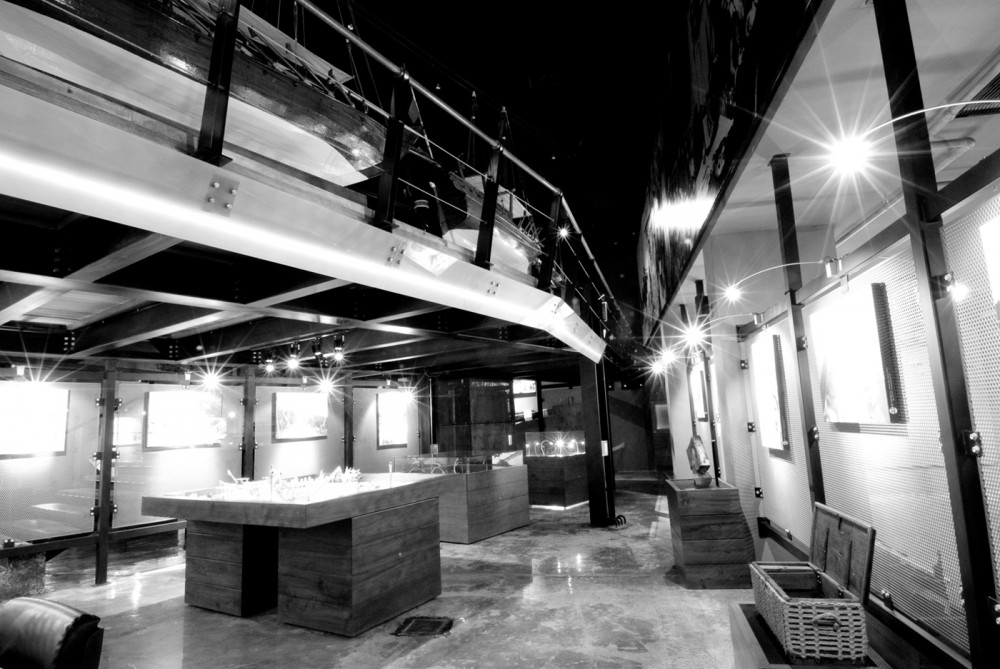