This KWD100M ($350M) project is the first new hospital to be built from the ground up in Kuwait since the 1960s, and also one of the largest. One of a series of new hospitals, this is the first and only one in an urban environment. QA services began with the assembly of an international team that includes ASCO Construction, Impresa Pizzarroti, the Al-Essa Group, and Studio Altieri contractors and designers, as well as medical equipment suppliers to engage in a design-build process for this complex construction type commissioned by the Kuwaiti Ministry of Health.
The 640 bed, 140,000 square meter facility is a general hospital with all varieties of healthcare departments, from casualty to surgery to radiology and intensive care. The site is bounded by streets no wider than six meters, creating challenging logistics for both design and construction processes.
Because the hosptial is also 200 meters from coast, the client stipulated that all rooms have sea views. This led to a design concept in which the upper seven stories of the building become a rounded volume enclosed in a glass curtain wall in which clear glass intermingles with varying shades of blue in a faceted enclosure. The form, color and texture echo calming qualities of both the sea and the sky. This volume rests on a four-story podium, whose sand-colored stone cladding is a connector to the earth in spirit and the street in practicality. The paving material of the sidewalk continues into the building interior, where a dramatically-lit, three story atrium serves as the central gathering space for the hospital. Its features an aerial photographic view of Kuwait from 1937.
The building is connected to the existing hospital by both a tunnel and a bridge. Current plans stipulate a VIP area with a healing garden on top of the podium, with a helipad planned for the roof. 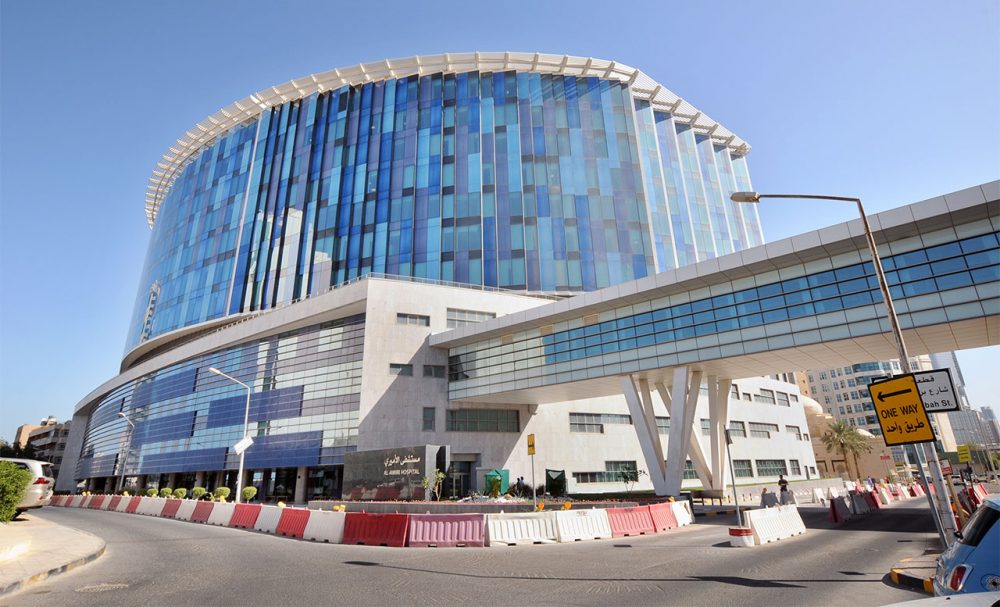 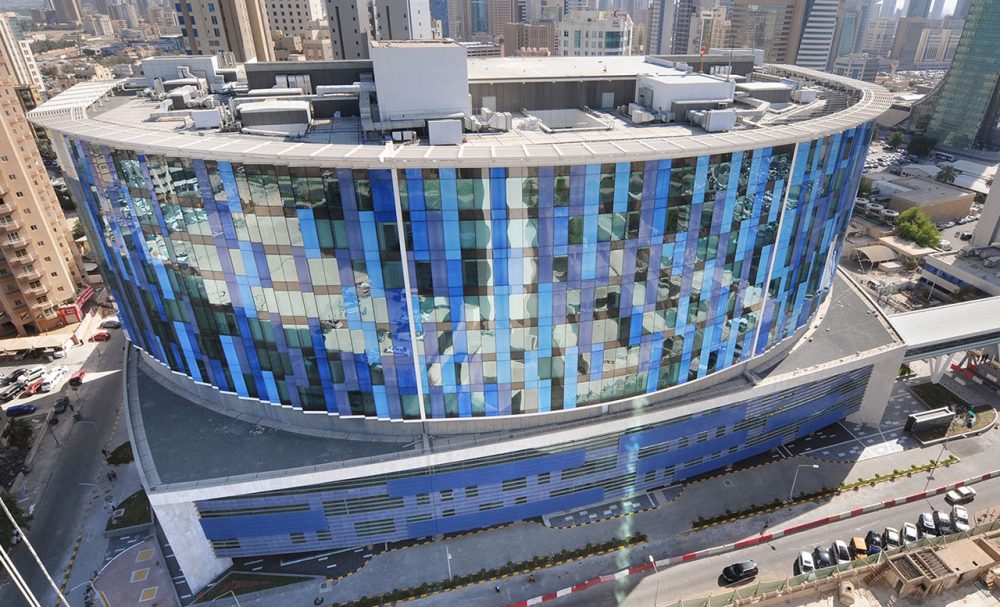 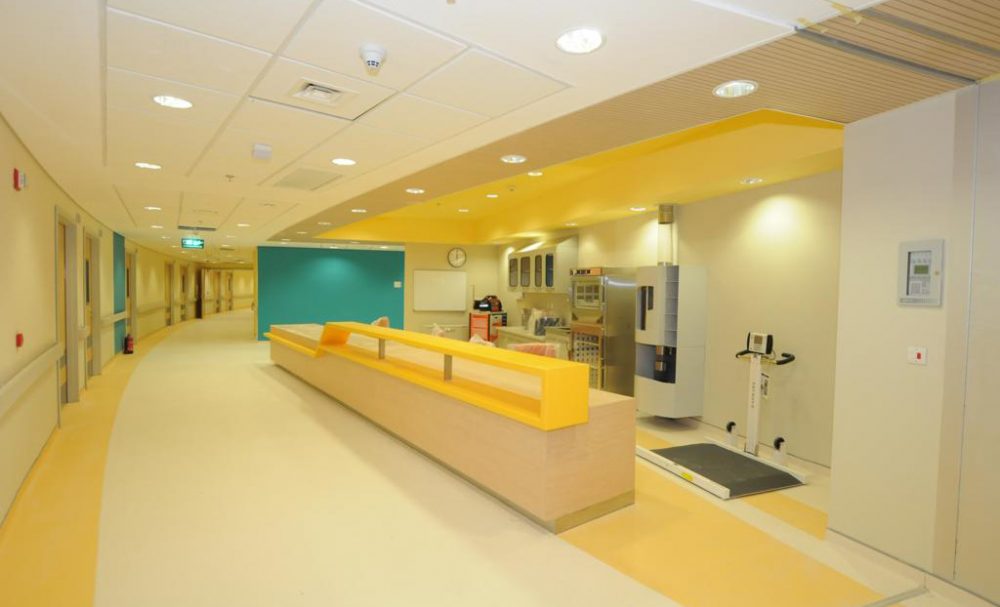 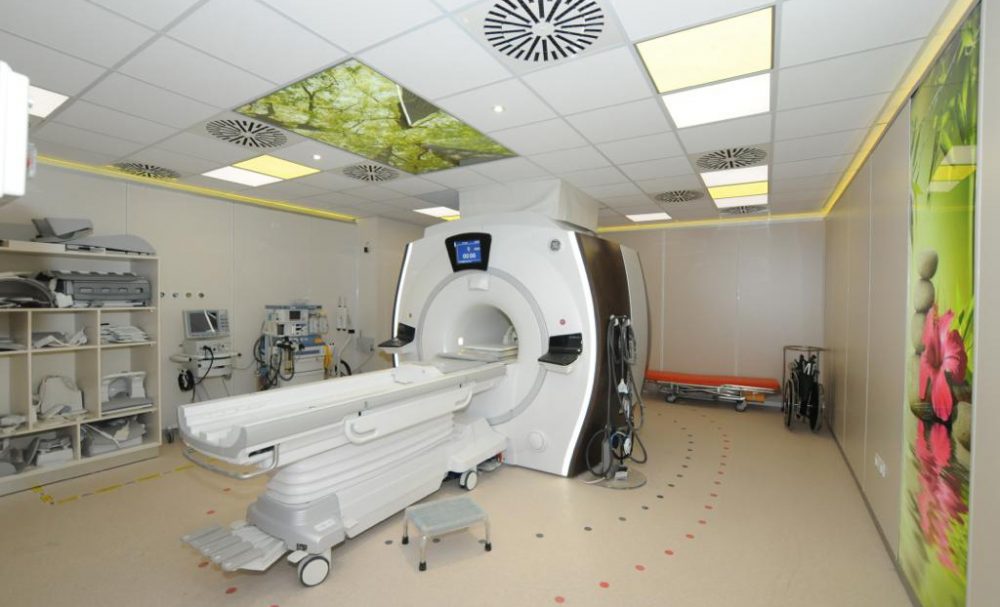 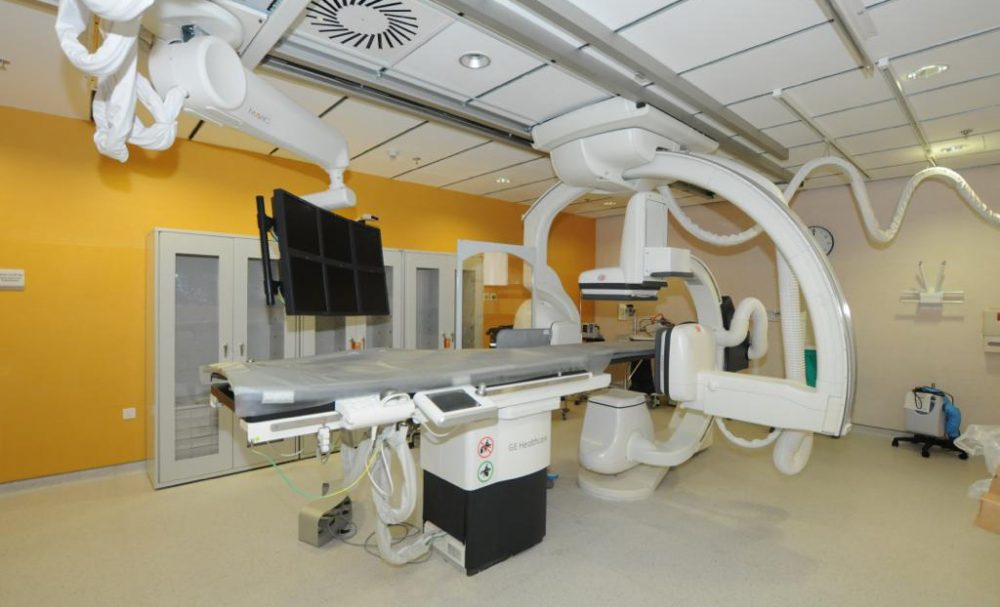 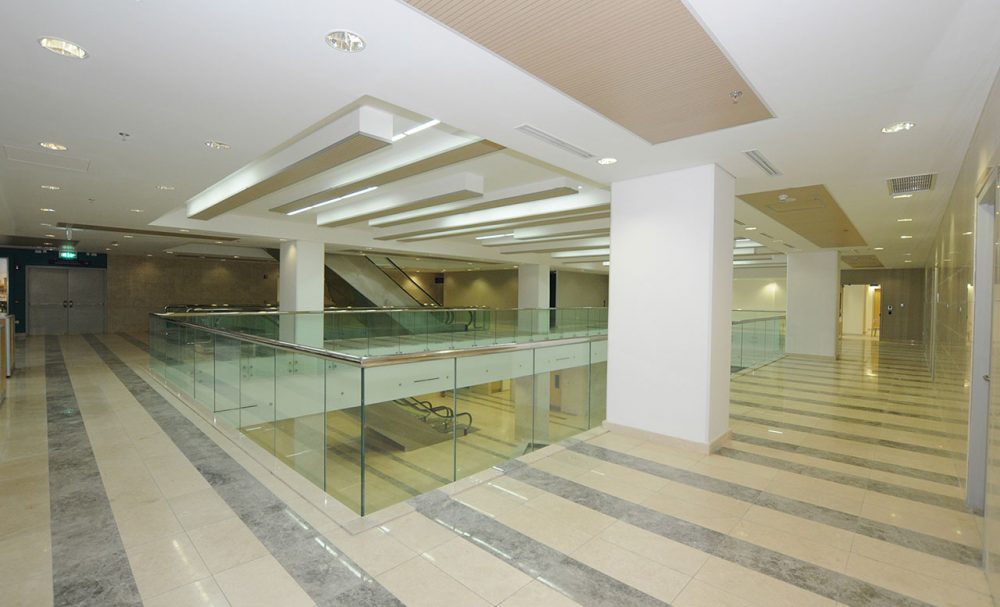 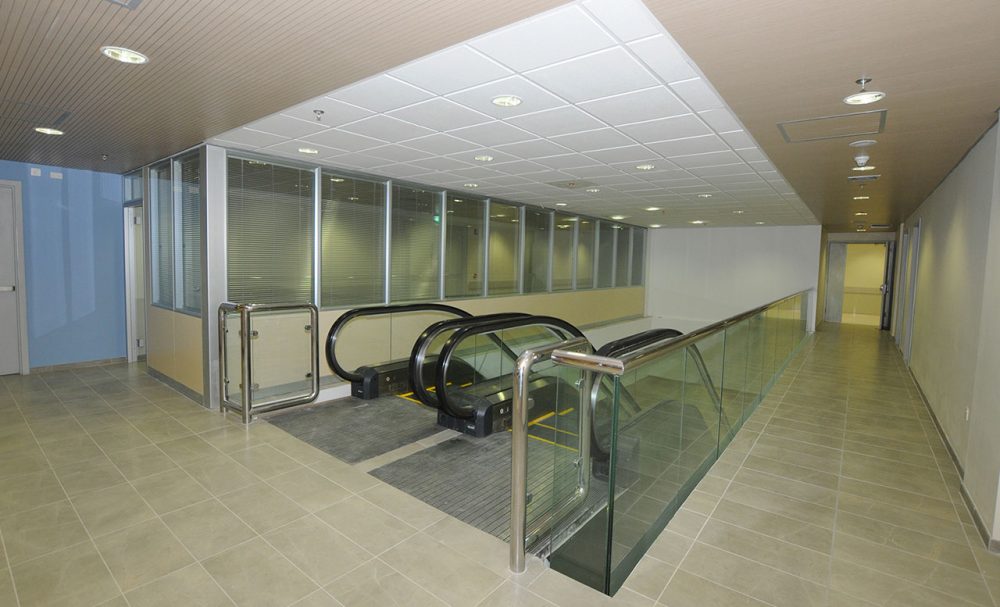 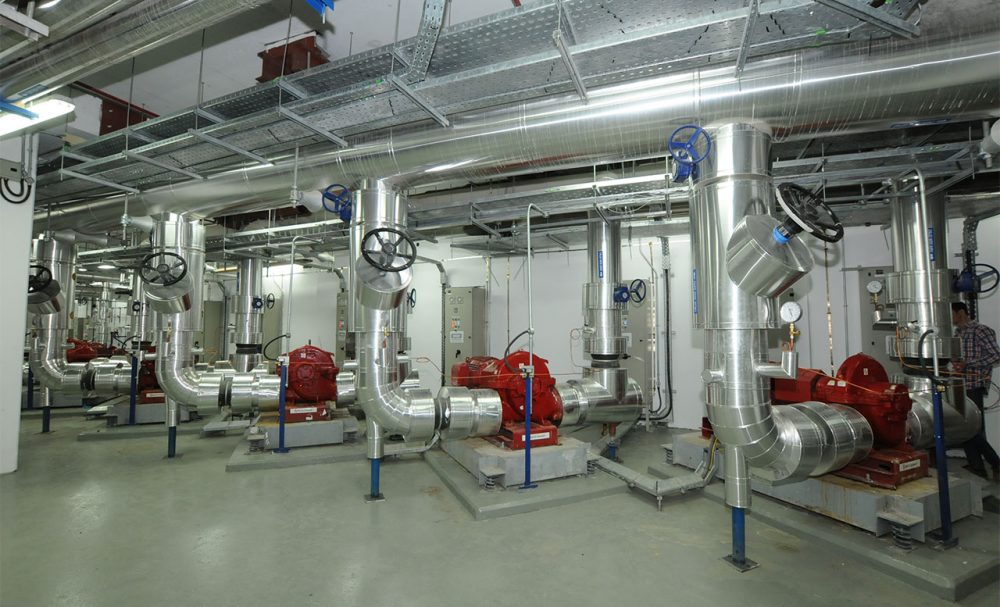