This project was a renovation in one of the last remaining traditional buildings in Kuwait. In the Benbehani complex in Sharq, this 300 square meter structure was originally constructed in the 1920s and refurbished in the 1950s. the The idea was to renovate the residential structure for use as QAs own design office.
Original construction includes varieties of traditional practice and folk wisdom. The building is surrounded by party walls of other structures. Tall walls with hardly any windows reflect the introverted nature of a conservative society. Yet environmental awareness was also part of the tradition that we wanted to incorporate in the upgrade, including parapet walls that act as a windcatcher, and a 5 cm cavity in the brickwork that functions as a flue for additional ventilation. These elements create up to a 4 degree Celsius drop in temperature from the outside street to the interior court. As the house is 200 yards from the beach, local sand and even occasional fish skeletons were mixed into the concrete.
The wooden beams and floorboards of original construction reflect traditional practices, and they were removed and reassembled by hand as part of the renovation. In a feature particular to this house, some are actually boards of crates originally used to deliver Volkswagen automobiles, the business of one of the houses previous owners.
The renovation aimed to repair original building fabric where possible and make dramatic contrasts of detail where modern features were necessary. It was possible to have an open floor plan for a design office and maintain as much of the historic plan as possible.
For new systems and infrastructure inserted into the existing fabric we chose materials to make a strong contrast with original construction. Functioning drainpipes were articulated in stainless steel; wires for modern lights were similarly exposed; and the necessary intervention to create a conference space was inserted with frosted glass and a steel beam.
The economic slowdown of 2008 resulted in a change of tenants. Though the building is listed on the KHBR, private ownership effectively limits the protections on the building, and a subsequent owner added to it in a very unsympathetic fashion, so most of the original character, as well as this renovation project, is gone. 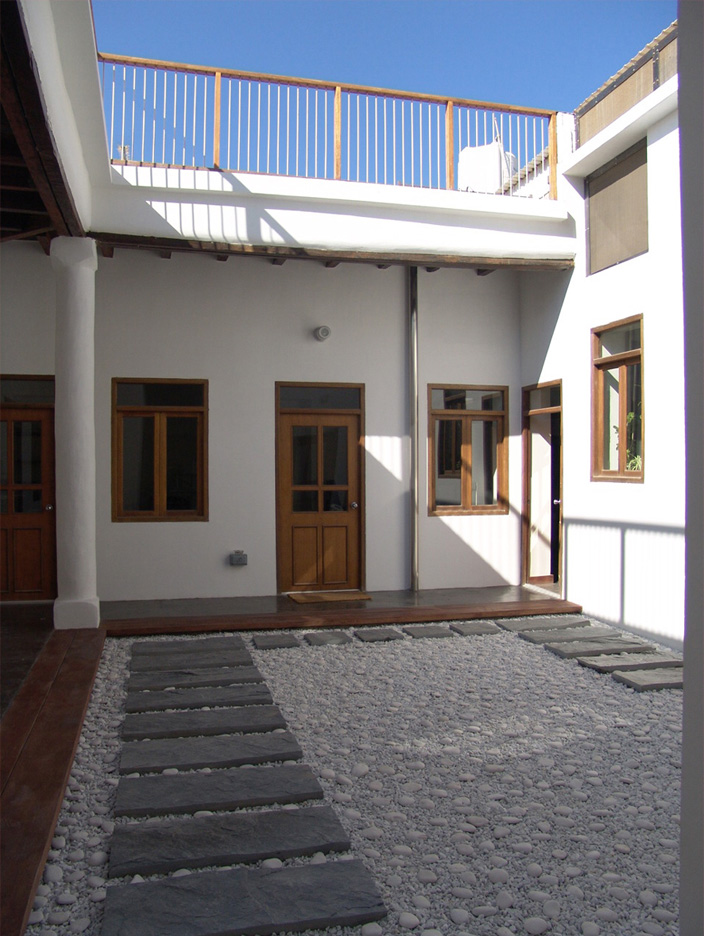 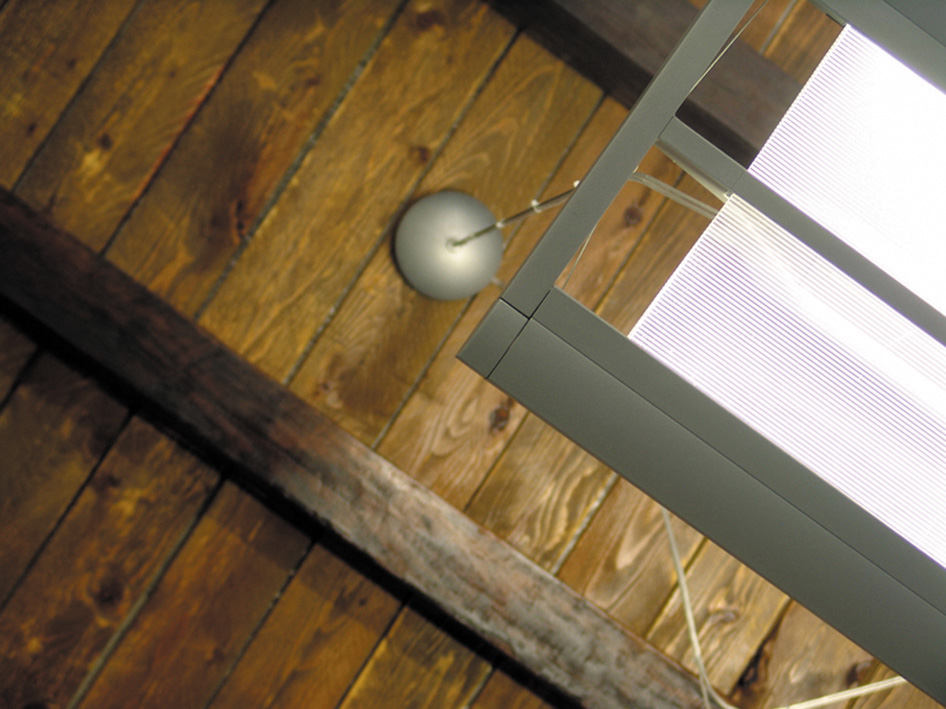 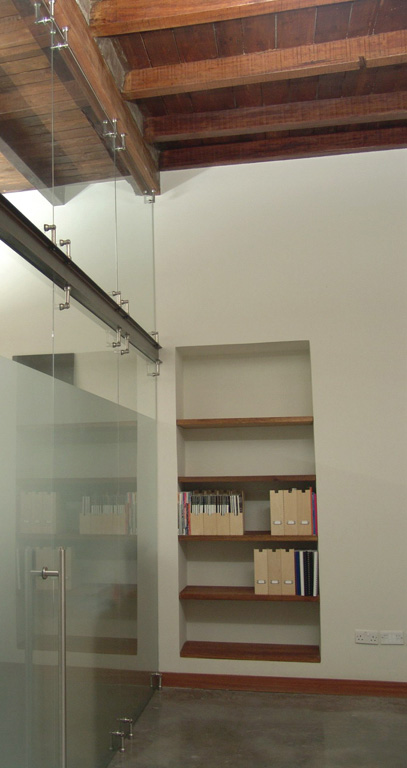 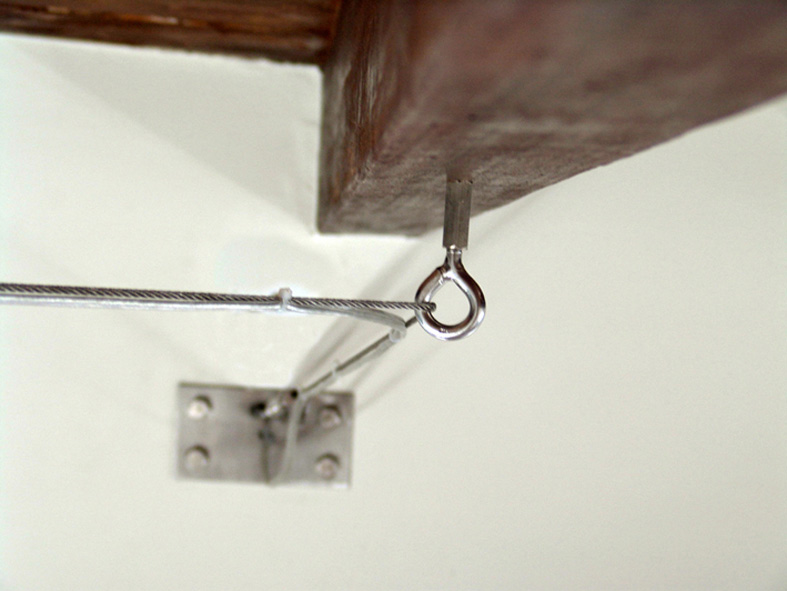 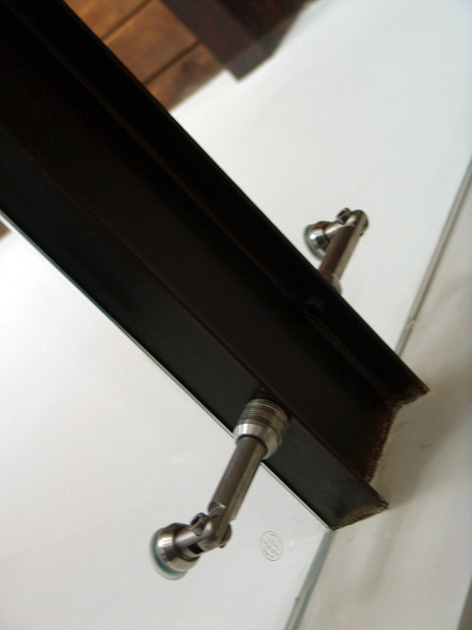 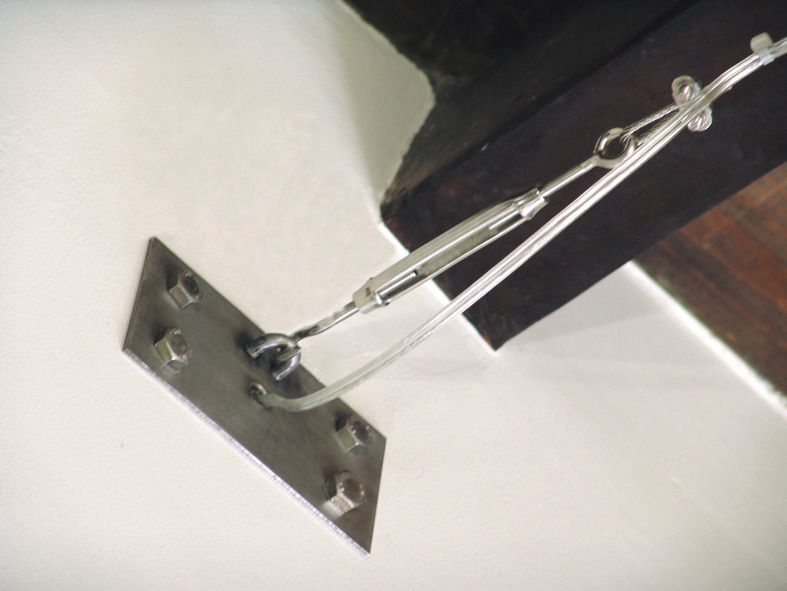 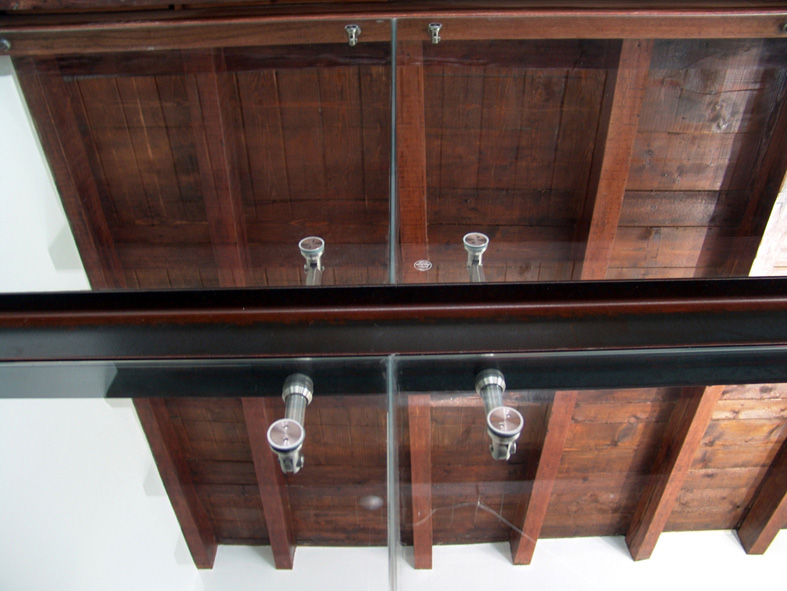 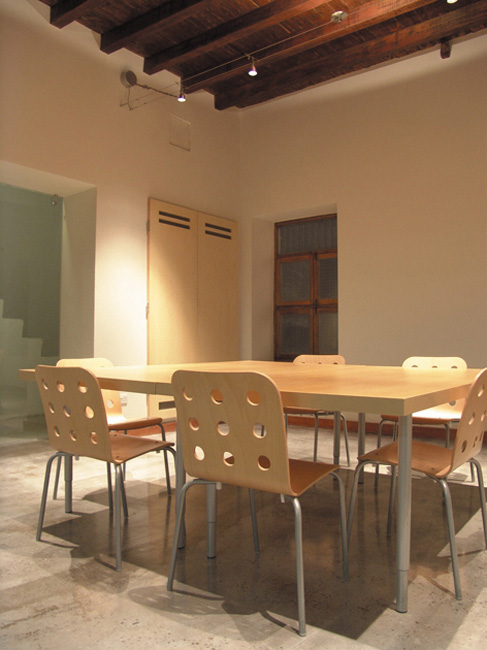 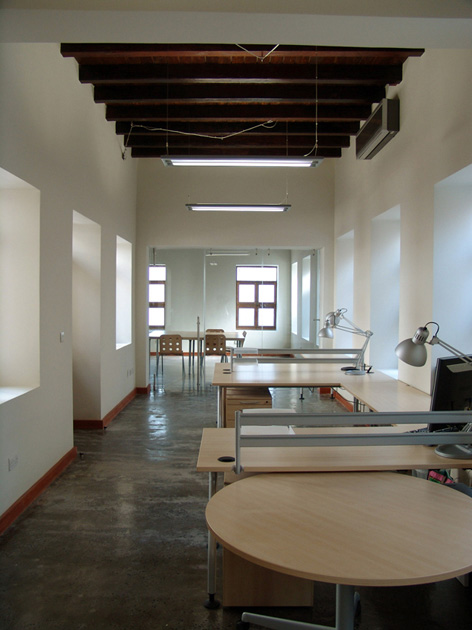